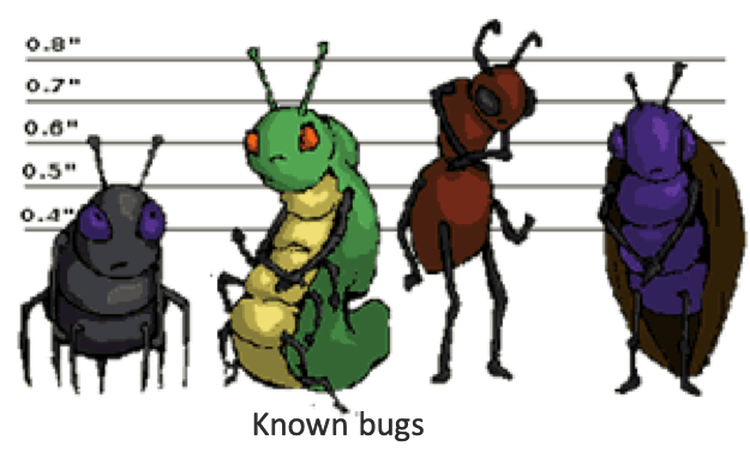 Have you ever spent time tracking down a bug or failure, only to find you’ve seen it before? Or a variation of this problem: at the completion of automated test you have to spend time triaging each failure, even though many are caused by the same bug. All this can impact productivity, especially in continuous integration and continuous deployment (CI/CD) environments, where things change rapidly.

There is a solution to this – when an issue occurs, build a “signature” that looks for the specific patterns in log files and metrics that are present when the problem occurs.

Here are a few examples:

In most current (non-Zebrium) implementations, signatures are built by writing scripts that parse data using regular expressions (regexes) and standard Unix commands like grep and awk. Here are a few typical examples:

What we’ve seen across many customers is that practical challenges make it very hard to build and deploy automated signature detection broadly, except a small number of “low-hanging fruit” issues. This is because:

A key part of our platform is built around making it simple for developers and testers to create deterministic signatures. Our goal is to make it so easy and fast that it becomes part of the CI/CD process. Here’s how it works:

Once a problem has been solved, the user selects the events and/or metrics that characterize the issue (this takes a few clicks in the UI). Since we use machine learning to perfectly structure log lines, we have been able to implement a “Signature Builder” suggests a definition based on the events selected, their relative sequence and timing, and values in the parameters (variable parts) of the events. 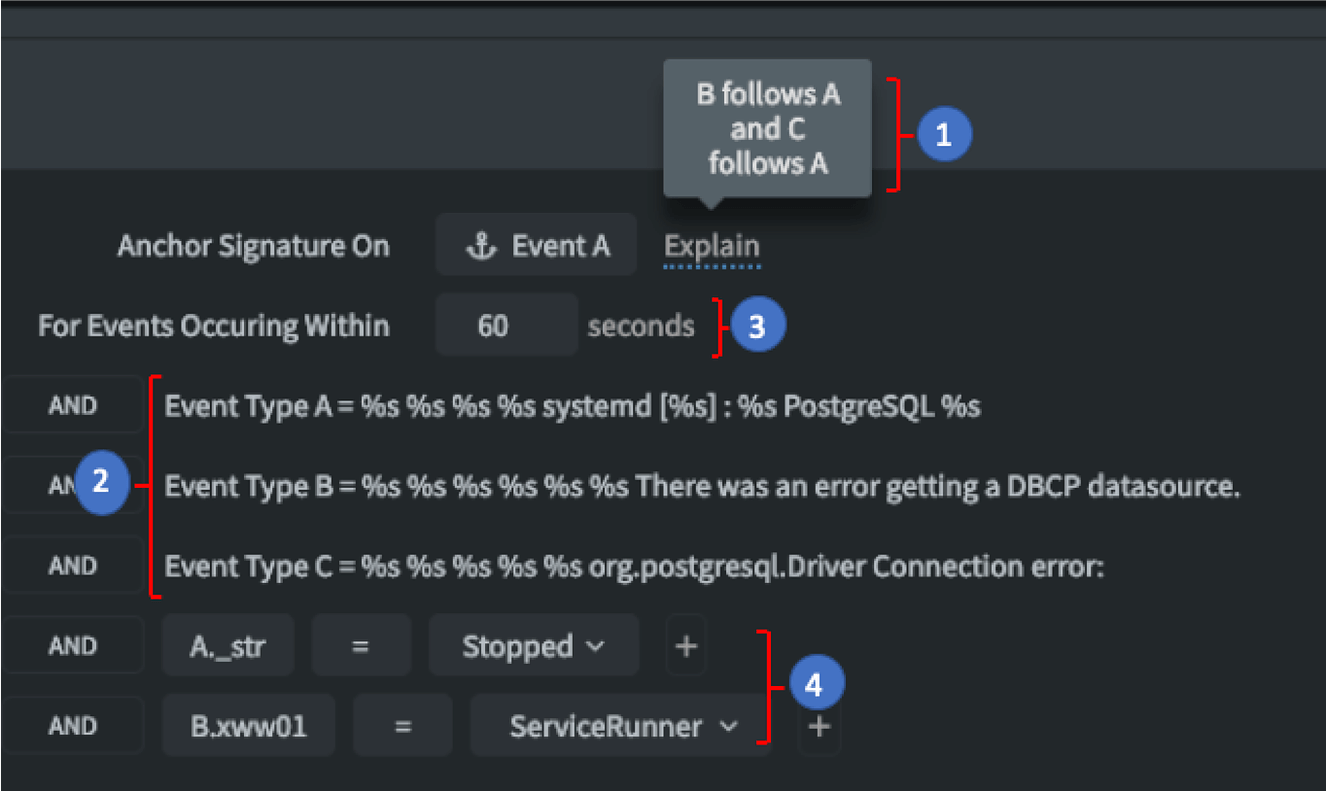 In this example, the signature will only trigger if three events (A, B and C) are found and the following conditions are met:

You’d be surprised! It took less than 30 seconds and just a few clicks of the mouse. In fact, just by selecting the 3 events, the signature builder did most of the work. But what’s really impressive is the reliability of the signature that’s been created – the event structures and ongoing schema management (since event structures can change across releases) is automated by our ML.